Topic for 15 October: The Commandos I

By Pastor E. A. Adeboye

Memorise: No man that warreth entangleth himself with the affairs of this life; that he may please him who hath chosen him to be a soldier. – 2 Timothy 2:4

8 These be the names of the mighty men whom David had: The Tachmonite that sat in the seat, chief among the captains; the same was Adino the Eznite: he lift up his spear against eight hundred, whom he slew at one time.

9 And after him was Eleazar the son of Dodo the Ahohite, one of the three mighty men with David, when they defied the Philistines that were there gathered together to battle, and the men of Israel were gone away:

10 He arose, and smote the Philistines until his hand was weary, and his hand clave unto the sword: and the LORD wrought a great victory that day; and the people returned after him only to spoil.

11 And after him was Shammah the son of Agee the Hararite. And the Philistines were gathered together into a troop, where was a piece of ground full of lentiles: and the people fled from the Philistines.

12 But he stood in the midst of the ground, and defended it, and slew the Philistines: and the LORD wrought a great victory.

13 And three of the thirty chief went down, and came to David in the harvest time unto the cave of Adullam: and the troop of the Philistines pitched in the valley of Rephaim.

14 And David was then in an hold, and the garrison of the Philistines was then in Bethlehem.

15 And David longed, and said, Oh that one would give me drink of the water of the well of Bethlehem, which is by the gate!

16 And the three mighty men brake through the host of the Philistines, and drew water out of the well of Bethlehem, that was by the gate, and took it, and brought it to David: nevertheless he would not drink thereof, but poured it out unto the LORD.

17 And he said, Be it far from me, O LORD, that I should do this: is not this the blood of the men that went in jeopardy of their lives? therefore he would not drink it. These things did these three mighty men.

Sometimes ago in the American Army, a battalion was dropped behind enemy lines. Initially, it was believed that the enemies were not aware, however the enemies eventually surrounded the battalion. Once it became clear that the battalion would be defeated, the leader of the group phoned their headquarters for support saying “We are totally surrounded and outnumbered at least 100 to 1; send the Marines” Legend has it that the phrase “send the marines” was derived from this event. At that time, only three Marines were available for the assignment and they were all sent. They worked all night and created a path for the battalion to escape. While the battalion was moving, they saw thousands of dead enemies. The three commandos had killed them in just one night.

There are ordinary Christian soldiers and there are Christian commandos. As for me, I have determined not to be an ordinary soldier for Christ, I want to be a commando. What about you?

Commandos go through the most rigorous qualification training. That is why a commando for Christ can weather any storm. He is unshakable. Job was a commando. No wonder he stood strong and even came out stronger in the face of adversity.

The true strength of a boxer is measured by the opponent he/she faces. Likewise, the strength of a true Christian soldier is known by the kind of opponents he/she has brought down. If an ordinary insult is enough to bring you down, then you are not yet ready to be a member of this select group in the army of Christ. If you are still finding ‘good’ excuses to commit sin, you are obviously not yet ready for the training, talk less of becoming a commando.

Father, I surrender all to You. Please help me to trust You even more as You train me to become a commando for You, in the mighty name of Jesus.

Open Heaven 15 October 2020 Thursday Hymn 2: All To Jesus I Surrender 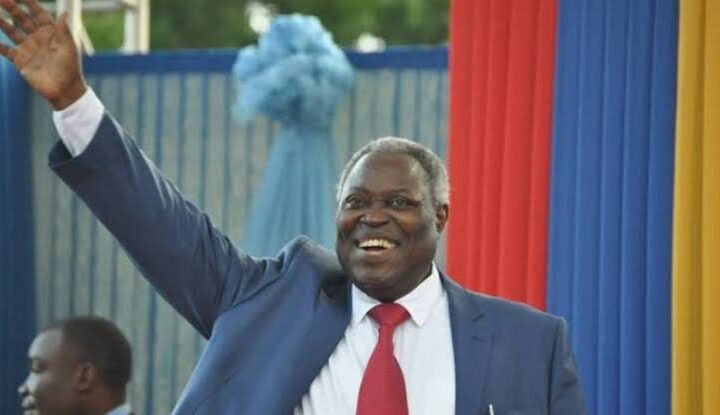