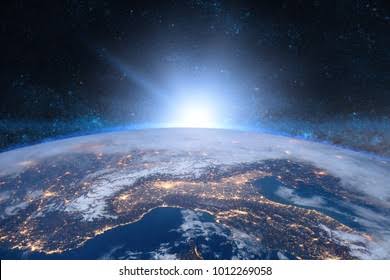 An evangelist who served 38 yrs in ministry.

Listen carefully to the account of my experience of going to Hell so that you fighters and preachers of the Word of God, singers and musicians, brothers and sisters in Jesus Christ, come to agree with our Lord and Savior Jesus Christ and don’t fall into that place of eternal torment.

I let myself be called the Lord’s servant for 38 years working for the National Council of the Assemblies of God in the United States.

I was working hard, going back and forth preaching the word here and there since the Lord called me to the ministry. I traveled to Mexico several times in several states leading events and conferences for women. I was traveling and at times even had to board and disembark from planes three times a day.

I thought God was grateful for the way I traveled from place to place taking the message.

I asked the Lord to show me where I would spend eternity in the heavenly mansion several times on several occasions. Brothers and sisters had come to me and shared their testimonies of how they had been raptured to Heaven and Hell.

I went to a stadium rally and came home very late at night. My husband said he was hungry and I told him to look for something in the fridge as I was so dead tired. I went to my room and threw myself on the bed with my shoes still on.

I suddenly heard the door opened. I thought my husband had come in. I heard someone slowly come close to the bed and then He spoke with authority. I started to feel that it was not my husband. The voice told me, “Get up!”

So He grabbed my hand and we started to descend below. This surprised me for I thought that we would go up to Heaven.

There was huge darkness but that curtain of darkness was drawn away by the light from the Master’s splendor. He took my hands. I couldn’t resist it. I said, “Lord, I can’t go in that place.”

He was silent and told me absolutely nothing. He held my hands strongly and we kept going down to the heart of the Earth.

When we got to the heart of the Earth, there was a huge gate that was fully closed. It started to open and there was a small crater. I started to hear the groaning screams of thousands and millions of souls coming from that well.

I started to hold on the Lord’s hands and I said, “No, Lord, I can’t go in this place.”

He didn’t say anything at all. Suddenly the door opened completely. When it opened, He looked at me and asked, “Do you know this place?”

I couldn’t stand the heat. I had to get closer to the Master’s body because a fresh breeze came out of His body. It was refreshing but when I left Him a little bit, I felt an unbearable heat. I heard screams of a thousand million souls.

The Lord continued looking at me and asked me, “Do you know this place?”

I replied, “Lord, I never saw this place before but by Your Word, I understand that it is Hell.”

I was silent and started saying, “Lord, I cannot come to this place.”

The Lord said, “Look at this place. This place belongs to you too.”

I started saying, “No, Lord, You are wrong. I am your SERVANT.
Ana de Silva.
I have been serving You for 38 years, 38 years praising, 38 years preaching Your Word, 38 years taking Your message in different parts of the world. You know how much I served You.”

The Lord said to me, “Now I will explain to you. Have you not read in My Word that these people honor Me with their lips but their heart is far from Me? You forgot that you preached one thing in public but you said another thing and lived another thing in private. You say something behind the pulpit but you live another thing at home.”

Isaiah 29:13 Why the Lord said, For as much as this people draw near Me with their mouth, and with their lips do honor Me but have removed their heart far from Me, and their fear toward Me is taught by the precept of men:

Beloved brothers and sisters,
We think that if we preach, if we sing in the church choir we are saved.
This is not certain.
Salvation includes something deeper.
It includes holiness.

HOLINESS WILL MAKE YOU DO THE RIGHT THING, THE LOVING THING, WHETHER YOU ARE IN PUBLIC WHEN PEOPLE ARE WATCHING OR IN PRIVATE WHEN NO ONE IS SEEING.

He continued to tell me, “Look there, I want to show you the records.”

Suddenly, a big screen appeared. I saw on this screen a prostitute.

He said to me,
“Look, Ana.
Look at the prostitute. Look at how you go up to some places.”

I looked at the screen and saw myself dressed in that attire.

Brothers, many of you may say, “Now this is not possible.”

I want you to listen well and He kept telling me, “Do you remember that I gave you a long hair?
Remember, Ana,
The long brown hair that I gave you, you dyed it in different colors.”

I had cut my hair and dyed it.
Sometimes I had my hair dyed in one color for six months ,and another color for another six months.
I arrived at the church and my pastor said, “Hello, Ana, how beautiful your hair look.”

I thought it pleased my countrymen and also pleasing to God. The Bible tells us that we are here to please God and not to please men.

The Lord said,
“Look, Ana.
I send My people clothing and look at how My people are dressing.”

Suddenly the Lord began to show me how people dressed up when they go to bars, clubs and rock places.
(-…I saw how young girls in short skirts and tight pants going to nightclubs and night centers…-)

The Lord showed me the scene on the screen and said,
👉“Look and see how MY PEOPLE are doing the SAME WAY as they enter the churches.
👉Look at how MY PEOPLE are looking at Me like HYPOCRITES, &
👉Look at THE SPIRITUAL CONDITION OF MY CHURCH.”

My brothers, I had to bow my head and I could no longer say I was the Lord’s servant and I couldn’t say that I shouldn’t go to Hell. There were no more words for me to apologize to the Lord. The only thing I did was to lower my head and I started to feel ashamed of myself.

At that moment, the Lord started walking into that place and close to that crater in front of that deep well that I saw the smoke emitting sulfur and I couldn’t stand it anymore and I had to walk beside the Master.

The Lord started showing me the bright red flames.
There is no rest day or night.
Everything there is unbearable heat.
There is a high temperature such that if a piece of iron falls into that fire, it melts immediately.

IT IS IN THIS FLAME, IN THIS PLACE :
THAT THE SOULS ARE TORMENTED…

The souls screamed and said,
“Lord, help us.”
But the Lord turned His back on them as if He were not seeing them, as if He didn’t know them and kept walking away. I saw all this while walking behind Him.

“Look, I’ll give you one last chance. You have to go back and talk about what you saw here.
It doesn’t matter if they don’t believe it.
It doesn’t matter that they take you out of their denomination, or remove you from the church.
Go and speak My word and tell them everything I have shown here and proclaim the message of repentance.”

“Look. There are many souls here who have been calling Me, Lord, and calling Me, Father.
They were at church,
They sang in the choir,
They spoke in tongues,
They prophesied,
They read and taught the Word, &
Many of them had positions in the churches.

They planted church groups, and now they are here in Hell; because they lived a HYPOCRITICAL and REBELLIOUS life.

In front of Me, they presented one face in the church and another face in the world. They came and applauded Me in the churches but in their homes, they screamed and did so many lawless things and now these souls are burning here in Hell.”

Many of us believe that going to church is nothing more than to sing and jump and then collapse and be slain on the floor.
We are mistaken to say that we feel the Holy Spirit and nothing more.

THEY HAVE CHEAPENED AND CORRUPTED THE GOSPEL OF CHRIST AND PREACHED THE COMMERCIAL AND PROSPERITY GOSPEL LIKE A SUPERMARKET VENDOR….

I mean, brothers,
God wants you to take His word, and speak the word the way: God wants it, and He wants souls to repent.

Brother, I could not endure.
I was crying after Him.
Suddenly, He started to tell me;

“Go and tell:
My servants,
My shepherds,
My preachers,
Not to preach their own theology but,
What My Word says.

Preach My Word whether the people believe it or like it.
Some pastors replace their sermon, when they see some church members who don’t like the truth.
Some pastors with only a little bit of theology say it doesn’t matter what you wear on the outside, but what matters is the heart.

Tell the shepherds to turn away preachers that charge a lot of money to preach in their churches.

Tell the shepherds to have the faith to pray over the sick instead of relying on celebrity healing evangelists for I have already paid the price for their healing.

Tell singers and musicians not to trample My altars: when they are dressed indecently, and when they are in sin of fornication and adultery; they are no longer My true servants.”
SISTER ANA DE SILVA.

May God give us grace to faithfully serve Him and at last make Heaven in Jesus name.